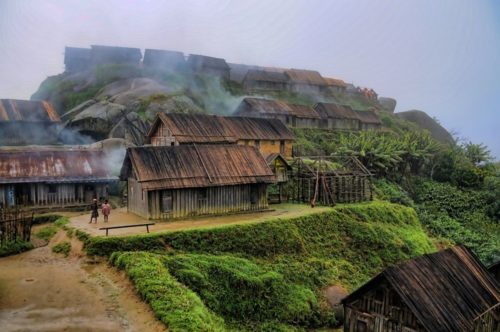 Where is Tamatave?
Located 370 km from Antananarivo, on the RN2, Tamatave is the largest port in Madagascar and the second largest city in the country. It is strongly influenced by Asian countries. The rain is queen because of the concentration in the forest. But that does not prevent a well filled stay thanks to the numerous sites which make the tourist wealth of the city.
What to do in Tamatave?

The visit of the Port Museum is essential for those who wish to know the history of Tamatave. This museum was inaugurated in September 2006 and houses photos and stories from the early twentieth century. Four rooms are to be visited, ranging from the history of the construction of the port to that of illustrious personalities who have marked the local history. Several objects from the 18th and 19th centuries are on display. Alongside this, the University Museum exhibits a selection of regional crafts and numerous photographs of the city at the very beginning of the century.

The hot and humid climate favors the harvesting of tropical products that make the reputation of the east coast of Madagascar. In the heart of Tamatave, the Bazar Be and Kely Bazar markets provide these products: vanilla, cinnamon, pepper and cloves. You can also buy handicrafts as souvenirs.

The walks in the sacred places are interesting. But to better know their history and importance, it is better to be guided. Saivaza, a fady or sacred pond, is a place where the villagers come to make vows. It is famous for sheltering ancestors reincarnated as eels. The Column Square is also a historic place that characterizes the city. It is said that a prophetess was buried there and this site became a place of worship of the local population to ask for happiness, love, luck, etc.

The east coast of Madagascar is famous for being a large forest reserve, a detour to the botanical park and zoological Ivoloina is essential. This park, located 11 km north of Tamatave is a large botanical garden where plant varieties of the flora of the eastern forest are well represented. 13 species of lemurs are also visible in the park and they know how to be very sociable towards the visitors. You can observe the Aye Aye, nocturnal lemur very difficult to meet in nature.

Tamatave is a city full of historic sites that are worth a visit. 7 km south of Tamatave, you can discover the old haunt of pirates in the seventeenth century. This is the Ivondro, also an old river port. The waterfalls of this site will not fail to impress you. Farafaty, another site a few kilometers from Tamatave offers a fascinating landscape. It was here that the largest Merina fort in the region was erected. Today only vestiges remain but the hill surrounded by marshes makes it a pleasant site encouraging calm and serenity.

Small islands are present off Tamatave and it is possible to take a tour for new discoveries. Plum Island is a beautiful island covered with dense forest. It takes about an hour and a half from Tamatave to access this island. The seabed is beautiful, a real aquarium where a dive is needed to get close to the wonderful aquatic fauna. The coral reef belt allows for safe exploration of the seabed.

The island Nosy Ilaintsambo is a sacred place for the descendants of the Zanamalata, half-breeds born from the union of pirates and Malagasy princesses. You will discover one of their most important cemeteries, dating from the 17th century, as well as a huge cast iron pot of about one meter in diameter. This one was used to prepare royal meals during the Zanamalata celebrations. It represents an object of worship today, where many villagers come to collect themselves.

A detour in a corner of paradise known as charming dream nest, which means in Malagasy "Akanin'ny nofy" is strongly recommended. It is a haven of peace about an hour and a half drive from Tamatave. This site is implanted on about fifty hectares, on the edge of the lake of Ampitabe. Many guides are present on site to make you discover this reserve rich in fauna and flora of Madagascar. You can admire a real natural shelter with its extraordinary plant species composed of orchids, the traveler's tree or Ravinala, carnivorous plants, especially nepenthes, etc. In addition, many species of lemurs live in freedom on this reserve. It is easy to see Indri Indri, the largest lemur on the planet. The reserve also includes a private reserve, located on a peninsula of about thirty hectares on Lake Ampitabe. This reserve called "Palmarium" owes its name to the fact that it is composed of nearly 100 000 endemic palms. The visit of the Palmarium also allows to approach some lemurs who live there.

The city of Tamatave and its surroundings offer many attractions thanks to the very history of the city itself. It continues to live through the historical sites scattered all over the city. Those who are passionate about Malagasy fauna and flora will also find something to their liking as the wealth of Malagasy biodiversity is well represented in this eastern part of the island. The Regional Tourist Office of Tamatave has put a website online for more information about the city: www.tamatave-tourisme.com

10 excursions not to be missed in Tamatave ?

The large eastern port is a booming tourist centre. We have compiled a list of ten excursions for travellers planning to visit.

Where to eat in Tamatave?

Discover the best good restaurant plans in Tamatave that I was able to test.

Where to sleep in Tamatave?

Discover all the hotels / holiday rentals and guest houses at Tamatave that I know. List not 100% complete but the most complete to date on the web.

Why book via Live Madagascar?

I see you coming, it's a big promotion and a scam, right?
In fact it's simple, Live Madagascar is not an OTA or even a travel agency. It was initially a simple blog on Nosy Be with some tips because I have been a resident on Mada since 2006. Today it is a guide to Madagascar in its entirety, but it remains a site I do not live financially from!

Looking for a provider in Tamatave?