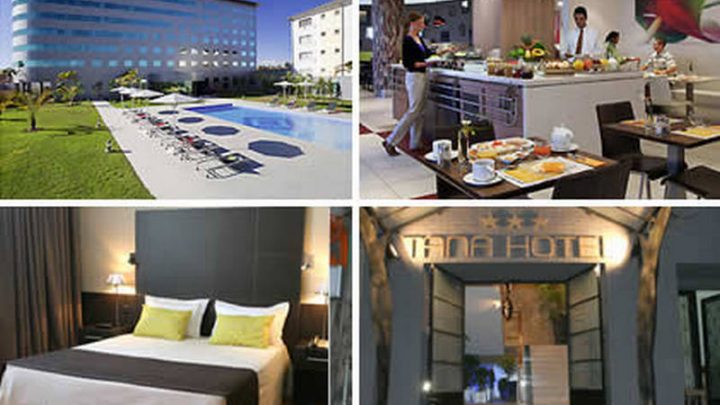 The Tananarivian hotel sector focused on the 2009 African Union Summit to be held in the Malagasy capital. In this perspective, operators in the sector have invested in new constructions to international standards.

The Ibis hotel of the international group Accor is part of these investments directed towards the holding of the African Union Summit in Antananarivo. This large hotel group, present in more than 70 countries, has nearly twenty brands such as Novotel or Sofitel. Erected in a futuristic architectural design, the hotel was officially inaugurated on June 24, 2009 in the presence of local authorities and many tourist operators. Located 30 minutes from Ivato International Airport and 10 minutes from the city center, the Ibis hotel offers air-conditioned rooms, two of which are specially equipped for disabled guests.

The establishment employs around 70 people, the majority of whom are graduates of the National Institute of Tourism and Hospitality. They will ensure the quality of the services in line with the Ibis standards of the group. The dimensions and facilities of the hotel's 174 rooms are also identical to the standards set for all Ibis establishments around the world. There's also a 24-hour bar and a restaurant. The red table, with a capacity of 130 seats, two meeting rooms of 30m2 flexible, plus a heated pool. Wifi connection is also available in most of the building. Pets are also accepted but are among the paid services of the hotel.

The project to establish a 3-star hotel in Antaninarenina was born in response to a call for tenders for the African Union Summit, according to the director of Tanà Hotel, Hélène Guergadic. The establishment has been open since June 2009 and employs around 25 people. It is located in the business district of Antaninarenina. For its interior and exterior design, as well as for the equipment of its rooms, Tanà Hotel put on modernity. Contemporary furnishings emerge from the hotel lobby to the comfortable rooms. All rooms are equipped with individual safes, minibars, individual air-conditioning and flat-screen TVs with CanalSat channels. Note that the entire building is equipped with Wi Fi.

The 31 rooms of the hotel are divided into three categories: 18 standard rooms, 5 superior rooms and 8 suites. Rates vary between 90 to 175 euros. Although the hotel does not have a restaurant yet, room service can serve breakfast in the rooms. In fact, the hotel works in collaboration with the service providers located in the area, to which the hotel directs its customers. However, there are 2 massage parlors and a wellness area. Apart from services related to accommodation, Tanà Hotel offers assistance in organizing appointments or business meetings. Other services are offered by the hotel in the form of packages for its Business area and Leisure and Relaxation area.

A new place to live has opened in Tana

Opening of Exclamation Point 2.0: your new HQ in Tana!

Booking UP Interview, what is web visibility?