Home page " News & Events " The Murderer Rodeur, a world first in Nosy Be

The Murderer Rodeur, a world first in Nosy Be 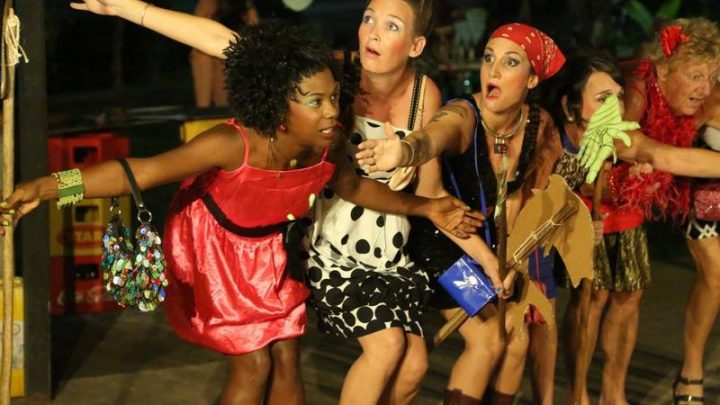 The Compagnie des 3 Zébus prepares to go back on the boards 😄 This Friday, October 19, find the troupe theater lovers "Les 3 zébus "For a WORLD PREMIERE in a series in 3 episodes that presents Pierre Lebeaupin on staging of Jean Vincent Lombard.

Summary of the appointment

The Murderer Rodeur, a world first in Nosy Be

Can you first tell me about the genesis of the project?

Pierre : The origin of the company of 3 Zebus goes back to the year 2001. It is on the occasion of the marriage of a friend, that with 3 friends (Dominique Boivin, Nicolas Quehen and Pierre Lebeaupin), gourmands of live shows and theater, we decide to offer to the beloved couple, a piécette tracing the caricature story of the spouses, before, during and after their meeting.

Encouraged by our success, the troupe gradually expands until the creation of an improvisation workshop, a thriving crucible that will fuel our upcoming shows such as Stairway, the dictation, 3 zebu for 6 queens and of course the piece we will soon present: The Murderer Rodeur 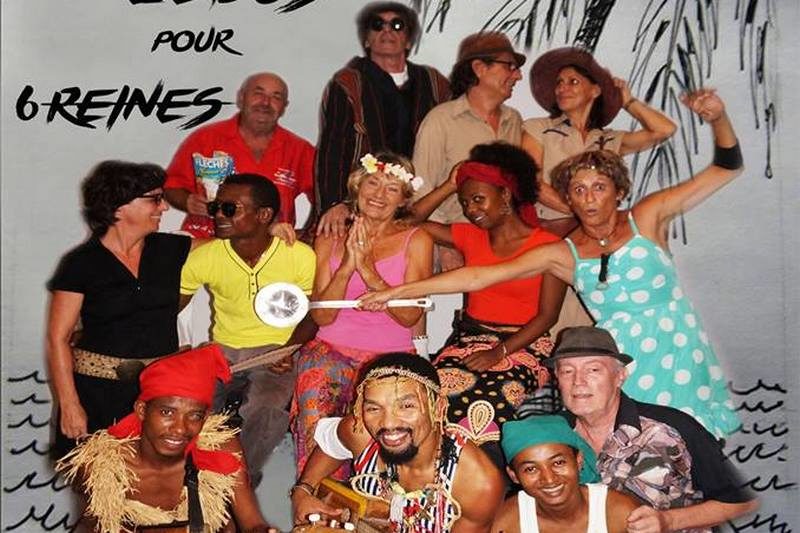 What and / or who are you inspired to write the script?

Pierre : This piece has no external source. With Jean Vincent with whom I write the pieces, the initial idea was death, a coffin but after discussions with the troop we lightened with a "deadly ranger" in a universe ubiquitous.

Can you tell us a little more about the synopsis of your play?

Pierre : Telling the theme will come back to unveiling the end, all I can say is that as a result of mysterious disappearances a investigation will go to meetStealth Shadow, Witness, chants not to mention Surprising Twists with a unexpected staging.

In short !!! Come and discover "The Murderer Rodeur" 😊

Pierre : Not yet on this piece but I re-think of "3 Zebus for 6 queens". At the end of the room, during her visit, Chantal fell without intention in the pool. This scene was so much part of the character that in the next performances, without pool the effect made even better with ... a basin filled with water 😄

Where is your room and should you book?

Pierre : Before talking about the place, I want to remind you that this room is a world premiere in the way of presenting it. Indeed it is a series in 3 episodes:

So we must plan to see the 3 to see the end, knowing that it is not necessary to book. Indeed we do not climb on the boards ... we go down to the street to outdoor performance in the street of thirst, Ambatoloaka for neophytes. The starting point will be ready for "Chez Bibi" then we will parade along the street.

Finally, will there be extensions of your room after 19/10?

Pierre : Everything will depend on the affluence to this first performance in 3 parts, but we hope so.

Personally I would like to have a truck and browse the countryside of Madagascar, but for now the hat trick done at the end of the room allows us to buy makeup and accessories, I can only thank their generosity the actors in their investment that are :

A new place to live has opened in Tana

Opening of Exclamation Point 2.0: your new HQ in Tana!

Booking UP Interview, what is web visibility?