Home page " Useful tips before leaving " How to make a good rum?

How to make a good rum?

How many different recipes, so-called magic potions, heating pans and other lucre ... There is no need to look far to make a good rum arranged, you just have to be patient! I do not say that the principle of heating gives nothing, but the result in the mouth is not so natural.

It is while doing this article that I came across the definition of Wikipedia:

THE ARRANGED RUM IS A PREPARATION OF RUM IN WHICH HAVE MIXED VARIOUS INGREDIENTS SUCH AS LEAVES OR FRUIT. THIS IS A SPECIALTY OF THE MEETING AND MADAGASCAR. THE TASTE AND FLAVOR OF THE ARRANGED RUM ARE COVERED BY LONG-TERM INGREDIENTS.

True, true and still true, we could summarize even more with a single word of order for a rum arranged of quality, maceration.
And maceration is what exactly?

THE MACERATION IS A METHOD WHICH CONSISTS OF LETTING TO STAY A SOLID INTO A LIQUID TO EXTRACT THE SOLUBLE COMPOUNDS, OR FOR IT TO ABSORB THIS LIQUID IN OR TO OBTAIN THE FRAGRANCE OR FLAVOR, TO PRESERVE IT OR FOR IT TO 'DECOMPOSES

You're French ? Do you know the wines? You know that the best wines are old and depend on the quality of the grapes used? It's the same for the rums arranged! So the first thing to do is to choose fruit / citrus qualities. Second thing, the quality of the rum. White rum, no amber rum! For the simple reason that amber rum has its own taste, it will go over a lot of the ingredients.

In principle, absolutely everything is rhum-arangisse, tropical fruits such as pineapple, banana, mango, lychee, orange, strawberry, etc ... As citrus fruits such as vanilla, cinnamon, pink berries and even flowers like the Ylang Ylang, hibiscus, ginger, coffee, cola, etc ... The most interesting being to make mixtures? I will present rums arranged according to two types of preparations, this always in a principle of maceration.

Since we will do it directly in the bottle, we will only use ingredients that are not "rotting" (I do not have the exact term in mind). That is, ingredients that will not decompose during maceration (such as strawberry and banana). These are the easiest to achieve, in less than 10 min the preparation is done!

You put it in your bottle of rum that you close it properly and let it macerate 1 year minimum if you want it to be good. My best rums arranged, I let them last 3 years, long yes, but what result ...

One thing remains to be done before tasting it with friends. Drip it and add the sugar needed according to your taste, I do not add personal and taste in small quantities. Use brown sugar, better than white? Voila, good digestive?

We will now see the ingredients that we have left up higher (bananas, strawberries, flowers, etc ...)
The difference is not so huge to explain but will take time! Since we are talking about ingredients that are self-supporting, it will just have to be changed regularly. Why ? To give maximum aroma to your rum!
But before the fruits and even before the rums. Jars! The container is important, those presented on the top photos are perfect for having a large opening. You say to yourself, why not directly in the bottle ? Simply because to change the fruit, with an opening of 1.5 cm, the stain will be casi impossible as you will see if you try?
Giving a frequency to change the ingredients is difficult, it's up to you to look at them and change them when you see that they are beginning to dissolve. To give you an idea, on average less than a week for flowers and 2 weeks for fruits.

What are the limits for an arranged rum?

No limit to that of your imagination! You do not believe me ? The man with 400 arranged rums proves it:

I left to give you some recipes, but I would rather if you want it well that everyone gives a recipe that he likes? So, what about you? Which rum do you prefer? 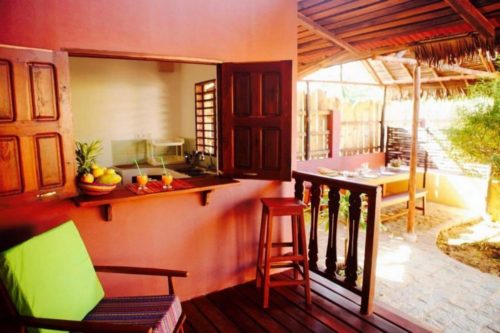 THE perfect vacation rental for each profile in Nosy Be 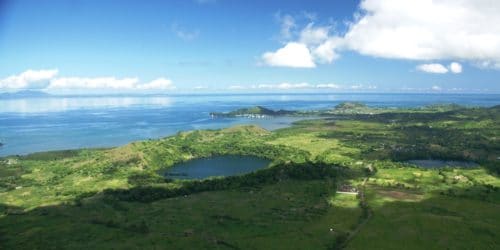 10 reasons to go to Nosy Be

Top 9 Activities in Nosy Be

Rental of a villa, a possible accommodation option

A wide choice of eco-logdes for eco-tourism in Madagascar 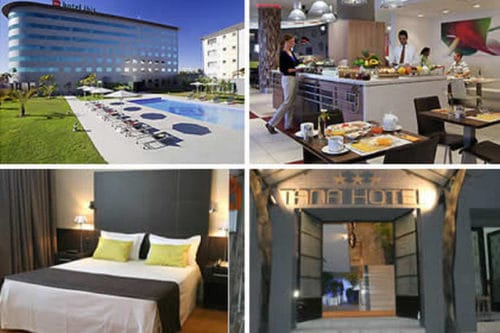 Accommodation for your business trip to Antananarivo